Bonswa!
Had another great, full day! We were picked up at 8:00 (after a delicious breakfast of egg bake, toast and bananas). We ventured off to pick up the 4 boys and Rock at the orphanage. It warmed my heart to see the guys in their t-shirts that we sent down in November. And, Stanley and Davensly were wearing their corded bracelets we gave them yesterday from their sibs in Minny. Vin was still carrying his Iron Man guy and Captain America. I think he will love movie night tomorrow when we watch Avengers.

From there we drove about an hour and a half- mostly bc of traffic- to a school that World Wide Village supports and maintains in the town of Williamsburg. We took an extended tour of the classroom and facilities with a man named Peter who is the Operations Manager for WWV. He made quite an impression on me with his personality, charisma, sense of humor, friendliness, wisdom and servant heart for the Lord. He is a guy who truly wants to live out whatever God has for him. We met the pastor of the school, too, who made an equally positive impression on me.
We took a long, HOT walk up into the hills to stand on the land that WWV owns and intends to develop. That was fun to hear and it will be fun to see how God works in that. I did a little mission work of mine own on the hike- I freed a goat whose rope was all twisted up in a branch. Doreen took a pic to prove it.

From there, we drove a few minutes to another school in Luly. We took a quicker tour here as the kids weren’t around bc they had finished exams (and some of us were starting to truly overheat or dehydrate) then we drove 10 min to Wahoo Bay- a private beach resort. It was beautiful. The boys were in heaven playing in the ocean. We all were, actually. It felt so good and was so fun to be together here. We think it may have been Davensly’s first trip to the ocean. Sometimes, he would say, ‘I’m scared!’ But he would have a sly smile and he seemed to be joking…or he would fake he needed help by yelling ‘HELP HELP’ in knee deep water. :). A very typical playful boy.

We ate a delicious lunch by the pool. All the boys chose cheeseburgers and fries. Again- typical boys!

After lunch we played in the pool. It was there that Davensly and I had our first mother-son ‘incident’. For some crazy reason, when picking out toys to bring down, Doreen and I only got 2 water spouting gun like toys. Well, it happened to be Vin’s fav…that led to some monopolizing of it. When I had him give it to Stanley for a turn he pouted for awhile and did not want me near him. Bree noticed and asked him if he was mad and he said ‘yes’. So, we left him alone for awhile and then he got over it. I thought it was quite cute that he didn’t pretend to be fine! Again, typical little boy who so wanted to keep playing with his favorite toy.

Favorite moment on the way home- before he fell asleep for an hour- he asked me, ‘see tomorrow?’
Awww… He wanted to know if we would see each other tomorrow. I think he was hoping we would!
Maybe not…!?!

He was awesome at sharing the Swedish fish and sour worms that were passed around in the van.

Another cute question he asked at the beach- while he was wearing my sunglasses- ‘you can’t see?’ I said, ‘it’s ok. I’m fine.’ But he insisted I take them back…he must have noticed me squinting in the bright sun that I hadn’t seen in months.

One more cute thing: he wanted me to hold his bracelet in the van on the way to the beach, then on the ride home he asked me for it back.

I think he took about 200 pictures on my phone today. They are all lovely. The first pic below is his handiwork. And check out the photo of the bus with the guys riding on top. Mmm-hmmm. 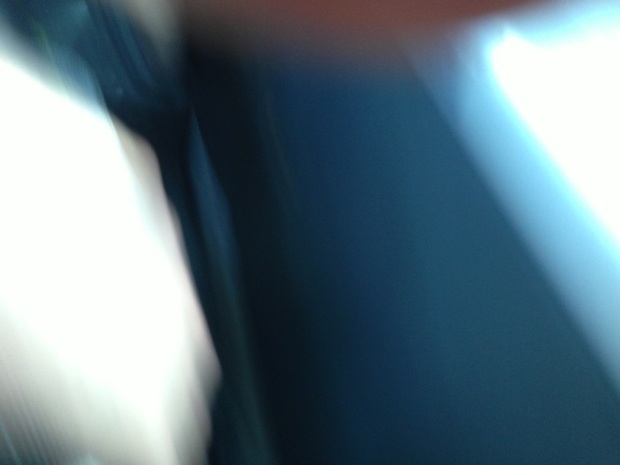 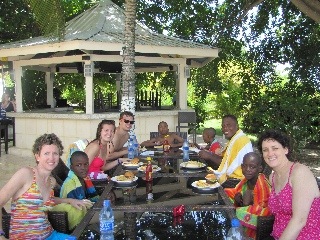 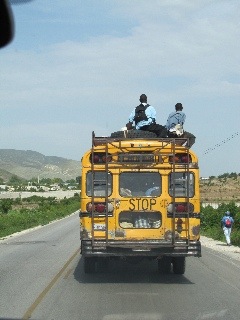 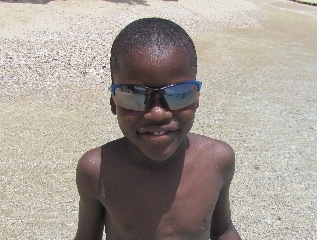 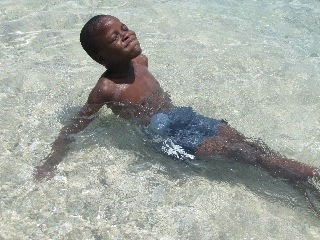